Intersolar Mexico, the main strategic partner in solar energy for the Mexican market, will hold its third edition from September 6 to 8 2022, at Centro Citibanamex, Mexico City. 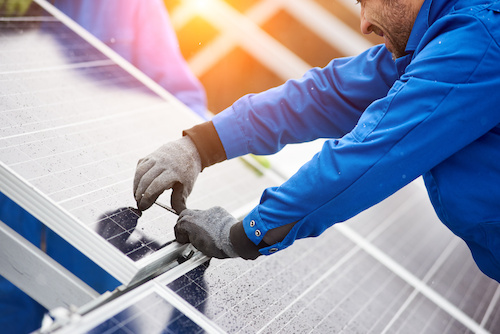 Mexico City, August 09, 2022.- Intersolar Mexico is getting ready to celebrate its third edition in person at the Citibanamex Center in Mexico City, from September 6 to 8, 2022, consolidating itself as the main international platform for manufacturers, suppliers, distributors and partners of the solar photovoltaic, solar thermal and energy storage industry.

With more than 30 years of experience and events on four continents, Intersolar, the pioneering series of exhibitions and conferences in the promotion of solar energy solutions and the most relevant for the solar industry worldwide, reaffirms its interest in helping to release the untapped potential of the Mexican market, helping to drive the development of the solar industry and providing a great opportunity to stay up to date on the latest developments in the global solar market through a top-level event that generates significant networking opportunities; in addition to allowing the exchange of technology, experiences, success stories, innovations, products and services.

Currently, energy consumption on the planet continues to grow and an unprecedented increase in demand has been observed, due to the increase in the world population. In this sense, having energy at a low cost, decarbonizing industry and reducing greenhouse gas emissions caused by the burning of fossil fuels are the main challenges for the economic development of any country.

Markus Elsässer, Founder and CEO of Solar Promotion, creator of the global Intersolar brand, recalls that in 1986 after the Chernobyl nuclear reactor accident in Ukraine, he wondered what the energy supply should be like in the future and started to search for solutions for the generation of safe and environmentally friendly energy. “I organized the first conference called 'SOLAR 91' where solar energy was discussed and at that time only five companies presented their products in a small town in the south of Germany. From the beginning my goal was to change the conventional energy supply to a renewable energy supply by promoting the use of solar technology. At that time, they called us crazy and no one believed because it was expensive, there was no industry for this and there was no vision for the future” he explained.

However, solar energy in recent years has experienced an enormous expansion, allowing its costs to be reduced significantly to reach the current degree of maturity. Today, the industry is being promoted worldwide for both residential use and large-scale installations and during 2022, the storage will be a key growth area.

According to the International Energy Agency (IEA), solar energy is on track to set records with an average of 125 GW of new capacity around the world between 2021 and 2025. China is positioned as a global solar PV leader, surpassing Germany, since the Asian country has positioned itself as the largest manufacturer of solar panels in the world.

“Over 30 years the solar market has changed drastically. In the early years of Intersolar, in the 1990s, Germany only had 3 megawatts of installed photovoltaic capacity, and globally the market barely reached 46 megawatts. Now just one photovoltaic plant installed in a city in East Germany has 168 megawatts of capacity, tripling the size of the market at that time. It is incredible how the industry has developed from 40 megawatts to one gigawatt in just a decade globally”, explains Elsässer.

From his perspective, the founder of Intersolar states that governments around the world are willing to support the solar industry and implement favorable conditions that allow the energy transition. “I think that the relevance of the solar industry is high because globally, governments, companies and citizens around the world recognize the power of the sun to have energy security and independence, combat climate change and reduce the impact of high energy prices”, he pointed out.

Data from the Global Market Outlook, report published in May by the statista firm in collaboration with Solar Power Europe, reveals that the installed photovoltaic capacity worldwide reached one terawatt in the first quarter of this year and that the next gigawatt could be reached in the following three years. It is also expected that, for the first time installations with a capacity of more than 200 gigawatts are also expected to be realized.

In the case of Latin America, the report reveals that the region had an annual growth of 44% equivalent to 9.6 gigawatts of new photovoltaic installations in 2021 and estimates that annual growth will reach 30.8 gigawatts in the next five years. The country with the highest photovoltaic capacity in operation at the end of 2021 was Brazil with 13.4 gigawatts, followed by Mexico with 8.1 gigawatts. Chile, Argentina, Colombia, Peru, the Dominican Republic, El Salvador, Panama and Cuba also appear in that ranking.

Given this scenario, Mexico is ideally poised to become a solar powerhouse, since 85% of the Mexican territory has optimal solar radiation conditions, placing it as one of the most privileged countries worldwide in terms of solar resources, but the participation of the government, companies, academia and civil society is required to achieve the objectives of the energy transition from fossil fuels to renewable energies and comply with the commitment announced by the federal government that less than 35 % of all the energy we consume comes from clean and renewable sources by 2024.

Elsässer acknowledges that Mexico has a solar irradiation that practically doubles that of Germany, but with a smaller number of photovoltaic installations per capita, since in our country it is 65 watts and in Germany it is 750 watts per capita. This shows the great potential of photovoltaic energy in the country. He also points out the relevance of the solar thermal market in Mexico, which has one of the highest market growth rates and is positioned as the global leader in the solar process heat segment, a technology that can be a great alternative for companies that do not have access to natural gas, use LP gas or diesel and are looking for a more reliable and less expensive option both in economic and environmental terms.

In this way, Intersolar Mexico takes place at a key moment and, beyond an event it has become a strategic ally in solar energy for renewable solutions, highlighting its leadership as the main platform that brings together manufacturers, suppliers, distributors and partners of the solar photovoltaic, solar thermal and energy storage industry.

This prestigious international event will be a strategic meeting to promote the Mexican solar industry and have the opportunity to be updated on the latest developments in the global solar market, in addition to generating face-to-face business.

Intersolar Mexico also has great value as it is held simultaneously with the XXIX edition of THE GREEN EXPO®, the CONIECO International Environmental Congress, the sixth edition of Aquatech Mexico, solid and consolidated international exhibitions that join forces on an exhibition floor, generating an impact in Mexico and the region, creating opportunities that allow achieving synergy between the public and private sectors and society in general with the purpose of actively contributing to combat the destructive impact of climate change and move towards sustainable development.

For more information and register your visit: www.intersolar.mx

Intersolar Mexico makes its 2019 debut as the industry's go-to source for the biggest technology trends and best B2B contacts in the up-and-coming Mexican solar market.

Intersolar Global is the world's leading exhibition series dedicated to the future of clean energy. With over 30 years of experience, Intersolar has the unique ability to bring together members of the energy industry from the world's most influential markets and supply chains. Exhibitions and conferences are held annually in Munich, San Diego, Sao Paulo, Mexico City, Gandhinagar and Dubai.

Tarsus Mexico is the organizer with the longest history in the Mexican market since 1991, presenting international quality events with trends, innovations and the global and local panorama of the industries it promotes, such as PLASTIMAGEN® MÉXICO, EXPO MANUFACTURA® and THE GREEN EXPO®. Tarsus Mexico is part of the Tarsus Group, one of the most important organizers worldwide. Headquartered in London, Tarsus Group organizes more than 180 events: Tarsus Medical, Connect Meetings, Dubai Air Show PLASTIMAGEN® MEXICO and the Labelexpo world series. www.tarsus.mx www.tarsus.com