Stay in the know.

Pioneers and innovators in the energy sector deserve to be honored for the invaluable contribution they make to the industry and society as a whole.

Intersolar Mexico was held in parallel with The Green Expo and Aquatech Mexico from September 7–9, 2021 in Mexico City.

There was a boom of solar PV systems in the last years due to the changes in the regulation for power generation and distribution in Mexico. However, solar thermal energy was barely mentioned in the corresponding laws and there were no specific support programmes implemented by the last government. Mexico is an oil producing country and the new government strives to modernize the oil industry despite of the current international efforts to combat climate change and the abundance of natural resources of the country, such as solar energy.

What should happen for a greater contribution of the solar thermal energy to the Mexican energy transition? 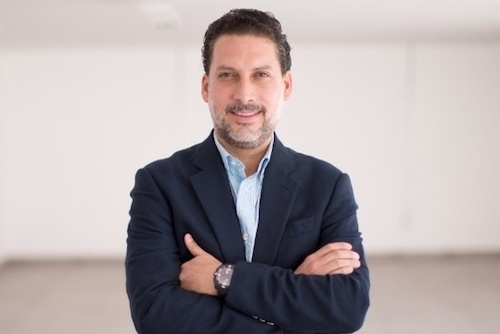 The previous administration established strategies for the energy transition with objectives focused exclusively on electricity generation and the oil industry. In addition to this, one of the unfortunate consequences for the renewable energy sector and the solar thermal sector in particular was to consider natural gas as "clean" energy. Although the new government also has an inclination towards oil resources and seeks to reinforce PEMEX as an industry of the State, in its new National Development Plan it mentions solar thermal energy as one of the axes of work. In addition, the Ministry of Energy created a new unit for energy transition with renewable energy. There are also recent success stories such as that of Mexico City where the Solar City program was launched, which seeks to encourage the use of both photovoltaic panels and solar water heaters. In FAMERAC we are working so that the new government understands the importance of defining objectives in the area of heat and not only in the generation of electricity.

The Mexican solar thermal market is the second largest in Latin America after Brazil. Compared to larger but stagnating markets such as several European countries, Mexico has performed better since it has positive market growth rates since decades. According to the last report Solar Heat Worldwide , Mexico is ranked among the top-5 markets with positive growth rates. Besides, Mexico’s solar thermal technology mix has diversified. There are local manufactures of different technologies such as air, flat and concentrating collectors. This development has compensated the market share of imports of evacuated tube thermosifon systems from China. A Mexican company, Módulo Solar, whose CEO is you, is ranked among the top 20 largest flat-plate collector manufacturers worldwide.

What are the current competitive advantages of the Mexican solar thermal industry?

It has been shown that the countries with the highest growth in solar thermal energy always have a strong local industry. This is because the problem for fluid heating or heat generation is always different in each country and region. The needs and technical solutions are not the same for heating water in a house in Madrid, heating a pool in Los Angeles or generating hot water in a hotel in Cancun.

Precisely the Mexican industry has been able to develop solutions tailored to the needs of the Mexican market. There are compact systems for warm zones, thermosiphonic systems that do not suffer from heating with the Mexican climate, and advanced solar concentration solutions for industry.

In general terms, the solar thermal market worldwide is highly technical and innovative. The core skills are provided by highly qualified mechanical and environmental engineers, or human resources with related technical skills. However, companies from the solar thermal sector are business where innovation be fostered from other areas of knowledge and competencies.

What other skills besides technical knowledge and expertise are needed in the solar thermal industry?

There is no doubt that something that is always lost sight of in innovation has to do with commercial innovation. You can have the best product and design, but if you don't communicate its attributes correctly to the market, there is little chance of success. But not only that, innovating in new commercial channels and even in financial products allows access to new markets. An example is the development of heat contracting projects. In Mexico, FAMERAC associates already have PPA schemes for the sale of hot water to industry.

The INFONAVIT Green Mortgage program for social housing has contributed to a reasonable market penetration of solar water heating systems in the Mexican residential market. Other governmental programmes have triggered investments in the agroindustry and commercial market. The latest solrico survey about solar heat for industrial processes (SHIP) positions Mexico as the leading market for SHIP with 36 and 51 installed systems in 2017 and 2018, accordingly. This positive trend has fostered growth and created local employment, since local manufacturers have entered in new market segments.

What are the areas of opportunity in the Mexican solar thermal market for foreign companies?

There are many opportunities in the Mexican solar thermal market ranging from innovative products and solutions for industry, software and hardware for monitoring and measuring the performance of installations, solutions for air conditioning, to the development of solar cooling projects. The range of opportunities is very wide as Mexico is one of the top 10 markets for solar heating systems worldwide.

The Mylar UVHPET photovoltaic (PV) backsheet with recycled content, the MarcS modular PV construction system, and the Hi-MO5 high-power bifacial module for large solar parks have been named as some of the most pioneering products within the solar industry.

Intersolar, the world's leading exhibition and conference series in the solar industry, recognized the potential in Mexico and will hold its second on-site edition at the Citibanamex Center

Did you miss the Sustainable Digital Xperience 2021?