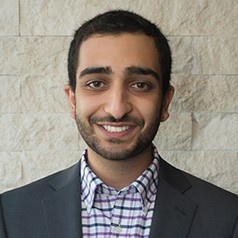 In Europe, the wake of green hydrogen is always associated with the Middle East. It is one of the most promising future protection grounds for green hydrogen. What are the current developments?

We have certainly seen a lot of hype and buzz about green hydrogen around the world and particularly in the Middle East, where we see that electricity costs, particularly from renewables, have dropped to global record lows. As a result, we have seen prices just kissing $10 per megawatt hour in Saudi Arabia and of course, low prices from solar and the UAE, in Qatar, in Oman and in a few other markets in the region as well, leading the world on sort of lowest cost electricity. But alongside that, some of the things that give us a little bit of optimism around the hydrogen space is, that the cost of electrolysers is continuing to decline, albeit a bit slowly. In addition, we see some of the roundtrip efficiency gains going up a bit as well. However, just a little bit of context on hydrogen -We still see that about 99.5 % of the current hydrogen production globally is still not green hydrogen, it is still grey. We have some blue hydrogen and some brown as well. This measn that maybe in the next 8 to 10 years around the 2028 -2030 timeframe, we will see prices that kind of start to come below $2 per kilogram and then maybe, in some markets, $1 per kilogram.But it really does depend on very low electricity prices as an input and high utilization rates for those electrolyser without wholesale markets and high renewable penetration that is increasingly being curtailed, is still ways away.Which makesthis a medium to long term evolution, although we are seeing a lot of big announcements right now. The reality is that the sector is still very early on and there are still some challenges, particularly with subsidized electricity and fuel prices. You know, it could be difficult for green hydrogen to be cost competitive if you have heavily subsidized gas or even in some casesHFO in the in the power sector.

Let us look at the solar sector: According to the Middle East Solar Industry Association MESIA, the MENA market will be worth more than 20 billion by 2024. Would you agree with that?

We see growth that is quite aggressive in the solar market in the region and historically the market has been characterized by fierce tariff competition and oversubscription. As I mentioned, we have seen that some of the lowest solar costs in the world have been awarded in most of the markets in the Middle East, in Saudi, the UAE, Qatar, Oman and others. We have seen some extremely low prices going well below $20per megawatt hour approaching $10.

The defining characteristic of the region’s solar markethas been that the market is relatively thin on the utility scale side. It’s all just about public procurements, top down government led tenders that are extremely competitive, many times oversubscribed. Thatleaves very competitively priced capacity on the table, which in turn has driven that leading edge bid quite low, competitively.. Moreover, part of the reason for that is abundant solar resource. Part of the reason for that is extremely cheap and public capital. In addition, part of that is some sort of ruthless cost optimization from some of the key players in the region who have rather pushed the boundaries of opex and ipse cost acts. They have aggressive views on the life cycles of some of the renewable technology and are increasingly,almost immediately, that the industry in the region adopt bifacial modules for all of these recent bids, because they perform quite well in desert environments. We have seen a lot of growth in that area - on the optimization front of those tenders. However, the pace of market growth in the utility scale segment is still determined by thecadence of public sector,top down competitive procurements, the National Renewable Energy Program in Saudi and the series of tenders from Dubai, DEWA in Dubai, the Sweihan project and the following projects for Noor in Abu Dhabi as well.

If you look at the ecosystem that it will create, it basically means that mainly solar will dominate. What are the next steps and developments we might see in the Middle East energy transition?

I think one of the big questions is going to be around pricing. In the solar side, we are currently seeing price spikes in steel and polysilicon. These have caused some centralized procurement programs, which have very small margins on the bids due to the fact that the bids are already quite low. Presumably regulators want to see the next round of bids bring even lower prices, where there is not a whole lot of room there. I'm expecting to see some sort of stalls or some delays, potentially in the next rounds being opened until those supply chain issues, particularly for steel and polysilicon, begin to alleviate, which is something we expect to happen around the middle of the year, maybe towards the end of 2022. On the solar side that may cause some delays, but then also have an effect on pricing. The final bid results for some of these tenders do have a little bit more room to fall. Nevertheless, you really have to get creative around some of the assumptions for land and financing costs and technology lifetimes to start to achieve some of those bids. It is possible that we will see some corrections and the bids in the next rounds may actually go up. It is also possible that we need some of this very low cost electricity to be produced either for dedicated green hydrogen production or as surplus in the power sector. Meaning that is something else to keep in mind as a low cost input for green hydrogen in the future. Then the last thing I think we are seeing is no more regional interconnection of electricity markets. As these sectors sort of slowly begin to unbundle in the markets where that is expected to happen, these interconnections will enable some wholesale market mechanisms in the long term.

Could it be that in the not so distant future, maybe next year already, we could see a turning point in the energy transition for the MENA region? Obviously its’ legacy is in oil and gas. However, nowadays, with the development of oil and gas prices and the falling prices of renewable energys ,as well as the discussions about stranded assets, how much is it really changing there?

I think there is sort of a few different pathways forward. Maybe it is not helpful in this question to generalize the answer for the entire region because there are different countries that will take different approaches. In some markets, we see the natural low cost of greening of the power sector that may or may not trickle into the upstream of the oil and gas sector and the future expectations or plans of some of the NOC’s in the region. Some of them do have some investment arms that are looking into the renewable space or have already made some investments in the renewable space. But on the whole there is a pretty big chasm between what the electricity sector looks like and that kind of growth of renewables, electric vehicles, storage and even green hydrogen in the medium to long term. As well as the export oriented nature of the folks and their strategies. Therefore, it is a little difficult to connect those dots, but I think market by market we do see that. Some of the big ambitions for renewable targets and the decarbonisation of power are likely to be met in the region in part because of these low costs. In part also because of the very readily available and low cost financing. However, whether or not that trickles into non-power sectors remains to be seen.

There are quite a few very exciting projects, singular projects as well. You have a massive ramp up of solar energy but there is still a lot of groundwork to be done when it comes to infrastructure and the creation of markets. Would that be a fair sum of all the points you put out there?

There is certainly a lot of work to be done on the infrastructure side as well as on the policy side to enable private investment in infrastructure. Therefore, markets that properly value front of the meter energy storage or create wholesale markets for non-dispatchable renewable power need to be created as a way to compensate curtailment that could otherwise be redirected towards green hydrogen. These questions are still yet to be answered, because the region's power sector is still vertically integrated and focused on publicly owned electricity sectors and publicly run tenders.

You can also listen to the detailed interview with Ben Attia in our The smarter E Podcast.

Listen to the interview